To rename a data object or a variable name in R, you can use two approaches, first change the existing variable to a new name, and second copy it to a new variable and delete/drop the existing one.

You can use these approaches to rename objects DataFrame, Vector, list, and matrices in the R programming language.

1. Rename Object or Variable in R

To rename an object or variable in R, just copy the data.frame variable to another variable by using the assignment operator (<- or =) and remove the existing variable using rm() function.

1.1 Copy the Variable to Another

Note that R refers to the same memory address for both variables and it creates a new copy in the memory if one of them is modified, After the update, the 2 objects are not identical anymore and they both have different memory addresses.

1.2 Remove the Existing or Old Object

Now we have DataFrame objects df and new_df pointing to the same memory address, you can remove the existing old df object, this completes the renamed variable.

Let’s see another example of how to rename a vector variable in R. The procedure would be exactly the same as data.frame.

Observe that the output of tracemem() function of both objects is the same. This mv() function internally assigns the object to the environment in scope and then removes the old object. 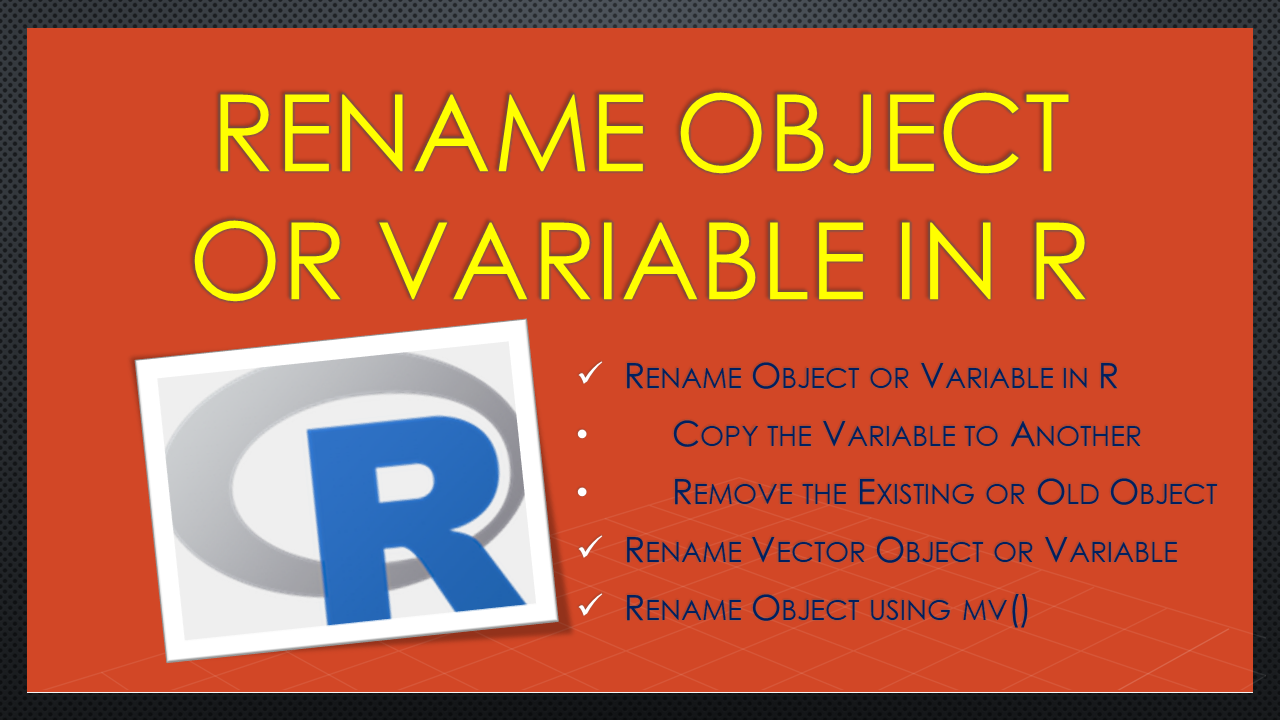